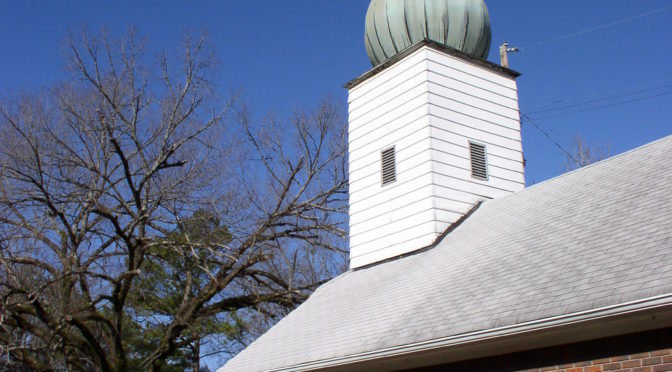 Here’s a note about Brookside’s history from the   official blog of the Carpatho-Rusyn Society.  http://rusyncenter.blogspot.com/2015/03/brookside-alabama-early-rusyn-outpost.html 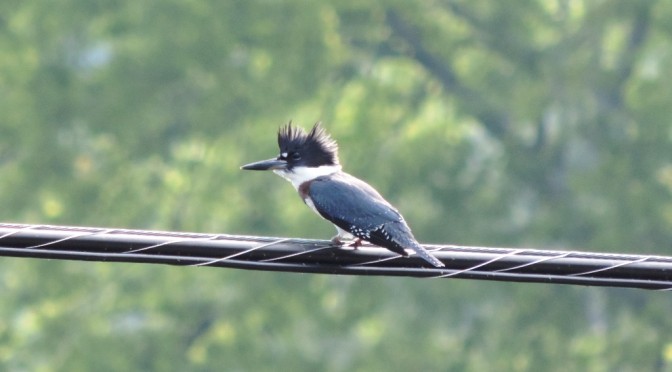 Greenway Park incorporates a truly remarkable mix of habitats in close proximity.   The hardwoods scattered through the more “park-like” portions of the park are good for Red-eyed and Yellow-throated Vireos, Yellow-billed Cuckoos, Orchard Orioles, Black-and-white Warblers, and various flycatchers. There is a considerable amount of scrub and brush in the portions of the park that were formerly home sites. Those areas are full of Eastern Towhees, Carolina Wrens, and Field Sparrows, and are ideal spots to look for White-crowned Sparrows among the White-throated, Song, and Swamp Sparrows that appear in winter. 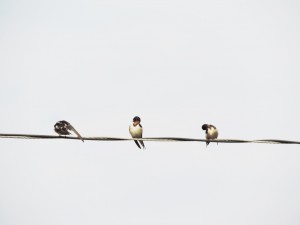 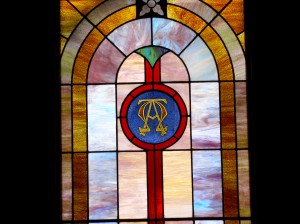 own figures in Brookside, even though she doesn’t live there anymore.

The Gardendale resident is the de facto town historian, thanks to her work over nearly two decades in documenting Brookside’s ups and downs in the past 140 years or so.

“I got started when I did my master’s thesis back at UAB, doing a project about the history of the Slovak population in 1997,” she said. “And I’ve kept doing more work [on Brookside’s history] ever since.”

Then Staci Simon, her thesis began a relationship with the town that continues today.

Brookside began its life as a coal-mining community in the 1880s. Sloss Industries operated the mines, and recruited miners from as far away as Eastern Europe. “Back then, Brookside was a booming town,”

Glover said. “People from the area that became Gardendale would actually go to Brookside to shop. Now it’s the other way around.”

The mining boom attracted large numbers of Slovak immigrants, which led to the town’s history of Russian Orthodox worshippers. Brookside is still famous for St. Nicolas Church, which was originally built in 1916, and celebrates its heritage with an annual festival.

Coal mining in the town ended with a statewide strike in 1920. The strike was settled, but Sloss shuttered the mine. Strip mining returned to Brookside in the 1960s and 70s, Glover said.

Glover and her family grew up in Brookside. She now lives in Gardendale with her husband and children, but through her historical work she has kept close ties to her former home.

“The thing that has impressed me about the town is how resilient it is,” Glover said. “It has been through large fires, a devastating flood in the 1940s, and then again the flood in 2003. That flood took out much of the old downtown area. And yet it’s still going.”

The town of Brookside continues its slow recovery after the devastating floods of 2003, and now is doing its best to take advantage of Five Mile Creek — the body of water that swept away a large portion of the older part of the town center.

The town opened a new campground in the past year, with 21 campsites. All have full hookups for water, sewer and electricity; seven sites have 50-amp service to handle the largest motor homes.

The campground is located in a tree-filled grove next to the city’s ball parks, near the creek’s Horseshoe Bend. It even features an old-fashioned “swimmin’ hole,” complete with a rope dangling from a tree for swinging out into the water.

A recent weekday afternoon found the campground about one-third full, with everything from full-size motor homes to a tent camper with a hammock strung between two trees.

“We had a family from Gardendale stay here for weeks this summer,” said Mayor Roger McCondichie, who oversees the campground.

The campground features new showers, installed in the building which served as the concession stand and press box for the three ball fields in the city park.

The facility is next to Brookside’s municipally-owned canoe expedition outfit, Five Mile Creek Canoe Company, which McCondichie also manages. On pretty much any day in the summer, you’ll find him out of his mayor’s office at the new city hall, and instead down at the creek to put in another canoeing party.

The town continues to be serviced by its new post office branch, which opened a couple of years ago in a building next to city hall.

Through a grant from Cawaco RC&D Council, The Industrial Archeological Guide to the Coke Ovens of Jefferson County was printed in March 2012. The coke ovens in Brookside are featured in this book written by Dr. Jack Bergstresser Jr. and Francesca Gross. Copies are available through www.cawaco.org. 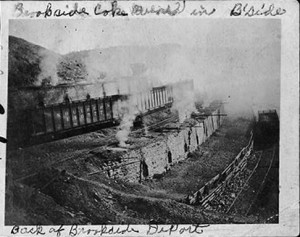 Here is a peek at the cover and Table of Contents:

The official website for the Town of Brookside, Alabama